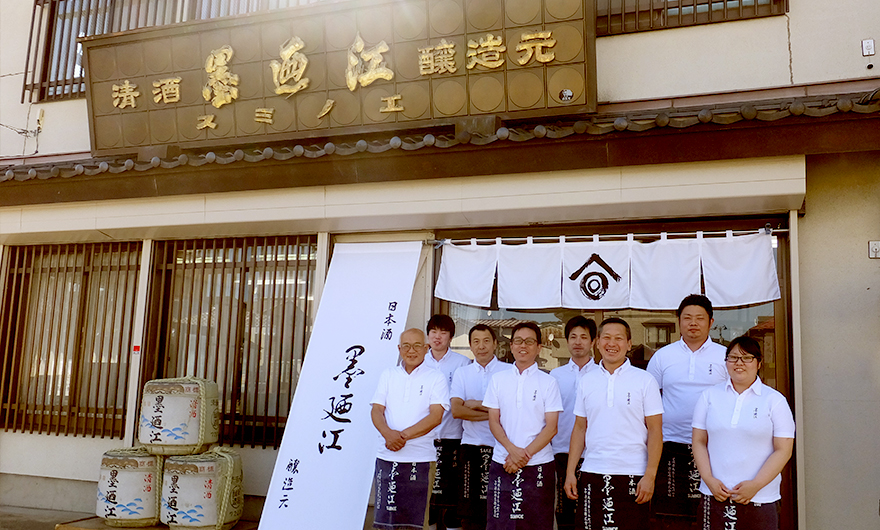 Aiming for a Clean and Sharp Taste
Creating an Elegant Saké

During the Edo period (1603-1868) Ishinomaki City, Miyagi Prefecture, flourished as a port for rice shipments of the Sendai Domain. Suminoe is named after the deity of navigation and sea voyages enshrined at Sumiyoshi Taisha Shrine in Osaka.
The theme of the saké brewing here is to create a "clean, soft and elegant flavored saké," states Yasunori Sawaguchi, the 6th generation brewery president.
It was in 1989 that President Sawaguchi returned to Ishinomaki to take over his family business. While attending saké tasting events in Tokyo and Osaka, he steadily developed business partners. After becoming a master brewer himself, through repeated trial and error, he narrowed down his product line to only include saké made of "Miyagi yeast" and established a style of drawing the individual taste of the variety of saké rice being used. More than 90% of the brewery's rice is saké rice, which is characterized by abundant use of the famous saké rice varieties Yamada Nishiki from Hyogo, Kuranohana from Miyagi, and Gohyakumangoku from Niigata.

After the Great East Japan Earthquake, a tsunami surged up the Kitakami River and flooded the brewery while saké was being made. Equipment such as kettles and machines such as pumps and compressors were completely destroyed. However, immediately after the disaster, with the cooperation of many supporters, saké brewing was resumed in October the same year as the disaster.
“The thing that I appreciate the most, even when it is done as a form of support during the revitalization efforts, was that people drank Suminoe saké and came to know our brewery and brand. It is thanks to the people from all over Japan that we are able to continue making this saké. In order for you to enjoy our saké even more, I want to further improve the quality of our saké. Our goal is to more deeply explore the theme “Clean, soft and elegant saké,” then go and make it.” 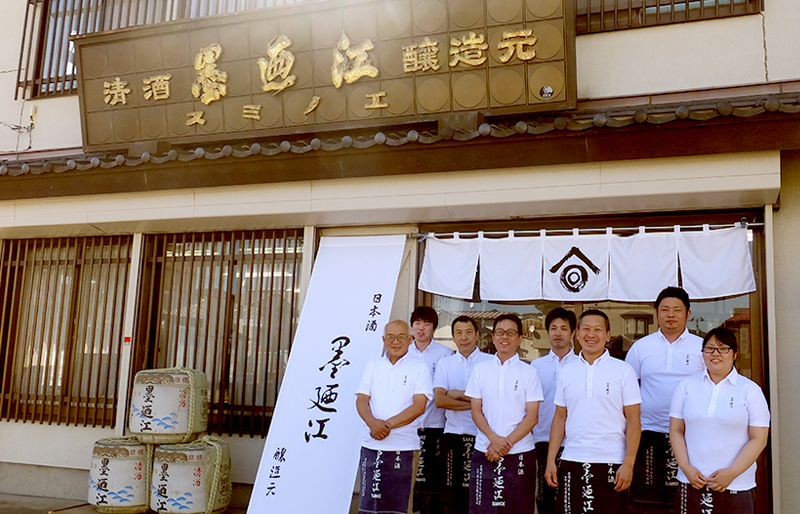 The brewery was founded in 1845 by the second generation of the Sawaguchi family, Anji, who operated a wholesaling seafood and grain business in Ishinomaki.